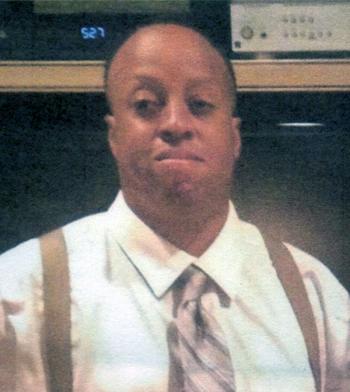 ABBEVILLE— A Mass of Christian burial will be held at 3:00 PM on Friday, January 20, 2017 at St. Therese of The Child Jesus Church honoring the life of Terry Anthony Jackson, 37 years, who died Friday, January 13, 2017 at his residence. He will be laid to rest on Saturday, January 21, 2017 at St. Edward Catholic Cemetery in New Iberia.
He is survived by his wife, Ashley T. Jackson; two sons, Tareek Jackson and Cameron Jackson; four daughters, Tia Jackson, Terri Jackson, Jordan Jackson and Dominique Jackson; two grandchildren, India Jackson and Armani Fuselier; father, Patrick Marshall; mother, Maudrey Jackson; four brothers, Kendrick Francis, Vernon Abbate, Pierre Marshall and Chaz Marshall; and sister, Kanani Marshall.
The family requests that visiting hours be observed at Vincent Funeral Home - Abbeville, 209 S. St. Charles St., on Friday, January 20, 2017 from 9:30 AM until 2:45 PM when the procession will depart for the church. Visitation will continue on Saturday, January 21, 2017 at Fletcher Funeral Home, 609 W. Admiral Doyle Dr., New Iberia, LA 70560 from 7:30 AM until 10:30 AM when the procession will depart for the burial.
Condolences may be sent to the family at www.vincentfuneralhome.net.
All funeral arrangements are being conducted by Vincent Funeral Home of Abbeville, (337) 893-4661.