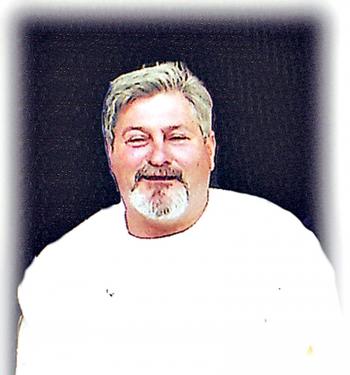 Isaiah 40:31 “but those who hope in the LORD will renew their strength. They will soar on wings like eagles; they will run and not grow weary, they will walk and not be faint.

Abbeville—Funeral will be held at 2:00 p.m. Sunday, October 25, 2015 at Vincent Funeral Home - Abbeville honoring the life of Guy Del Duhon, 55, who died Thursday, October 22, 2015.
Reverend Wallace Primeaux officiate the service.
He is survived by his son, Landon Meaux and his wife Lindsey of Meaux; daughter, Kalli Baham of McComb, MS; mother, Carole Durke of Abbeville; five brothers, Coy Durke and his wife Tangee of Abbeville, Aaron Durke and his wife Carrie of Abbeville, Brian Durke of Abbeville, Colby Durke and his wife Tanya of Meaux, and Joe Del Duhon of Abbeville; four sisters, Stephanie Durke Harrington and her husband Brandon of Erath, Heidi Durke Clark and her husband Haywood of Abbeville, Donna Duhon of Abbeville, and Barbara Lynn Duhon of Abbeville; six grandchildren, Baylor Meaux, Ember Meaux, Bricen Baham, Brendan Baham, Breelin Baham, and one on the way; and numerous nieces and nephews.
He was preceded in death by his father, Al James “Pep” Durke; brother, Clay Alan Durke; and nephew, Clay Allen Durke.
The family requests that visiting hours be observed at Vincent Funeral Home - Abbeville, 209 S. St. Charles Street, on Saturday, October 24, 2015 from 10:00 a.m. until 10:00 p.m.; Sunday, October 25, 2015 from 8:00 a.m. until time of services.
Special thanks to Hospice Compassus for the wonderful care given to Guy in his final days.
Condolences may be sent to the family at www.vincentfuneralhome.net.
All funeral arrangements are being conducted by Vincent Funeral Home of Abbeville (337) 893-4661.