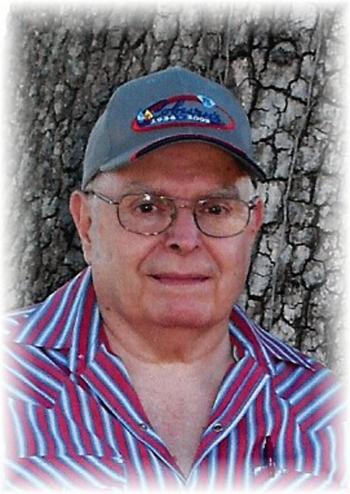 KAPLAN—Funeral services will be held at 11 a.m. Tuesday, January 6, 2015 at Vincent Funeral Home - Kaplan honoring the life of John Roland Broussard, 78, who died Sunday, January 4, 2015 at Kaplan Healthcare Center.
He will be laid to rest at Harrington Cemetery with Reverend Matthew Barzare officiating the services. Serving as pallbearers will be Keith Broussard, Paul Broussard, Lloyd Broussard, Gary Broussard, Jeremy Cormier, and Ray Stelly.
Roland enjoyed spending time with family and friends at the camp. He worked as a mechanic for more than 40 years.
He also had a deep love for Cajun French music. He played the fiddle with various bands for over 30 years including Blackie Forestier and the Cajun Aces. In 1984 he performed at the World’s Fair in New Orleans with the FaTras band. In March of 2008, the Cajun French Music Association honored him with “Tribute to Cajun Musicians” in appreciation for his contribution to Cajun Music.
He is survived by his wife of 60 years, Virgie LeBlanc Broussard of Kaplan; four sons, Keith Broussard of Lafayette, Paul Broussard of Kaplan, Lloyd Broussard and his wife, Tammy of New Iberia, and Gary Broussard of Lafayette; one daughter, Cheryl Broussard and her special friend, Joe Manuel of Eunice; one brother, Ray Stelly and his wife, Anna of New Iberia; one sister, Joyce Stelly Simon of Lafayette; thirteen grandchildren; and sixteen great grandchildren .
He was preceded in death by his parents, Clerphe Broussard and the former Effie Campbell; his step-father, Dennis Stelly; one brother, Joseph Lloyd Broussard; one daughter-in-law, Sandy Broussard; one son-in-law, Jerry Paul Cormier; and one granddaughter, Stephanie Dawn Cormier.
The family requests that visiting hours be observed at Vincent Funeral Home - Kaplan, 300 N. Eleazar Avenue, on Monday, January 5, 2015 from 3 p.m. until 9 p.m. with a rosary being prayed at 7 p.m.; Tuesday, January 6, 2015 from 8 a.m. until services.
All funeral arrangements are being conducted by Vincent Funeral Home of Kaplan, (337) 643-7276 [Service Information 225-5276]. Condolences may be sent to the Broussard family at www.vincentfuneralhome.net.