HISTORY OF POW CAMP IN KAPLAN DURING WWII 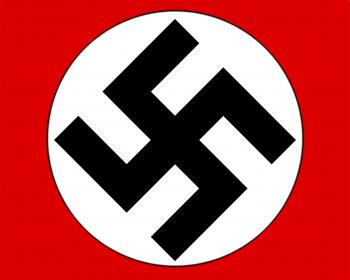 Article by Donella Labry..... Prisoners of War. The declaration of war and the drafting and enlistment of men to serve in World War II caused a decrease in country’s labor force. Camp Polk (now called Fort Polk) became a site for German Prisoners of War (POW). A temporary labor program was established resulting in prisoners being assigned to work details for the area surrounding Camp Polk. News of this successful program spread to the southern areas of Louisiana and Vermilion Parish. Under the direction of the parish Labor Advisory Committee, surveys were conducted to assess the conditions of the parish in 1944. An agent was sent to Camp Polk with the survey results and a request for prison laborers. Approximately 735 prisoners were needed to assist 47 parish farmers; an additional 175 men were needed to work in nine rice mills and warehouses. To house the prisoners, ‘side camps’ needed to be constructed. Due to its central location in the parish, the town of Kaplan was selected as a location for a side camp. Gueydan was to be the site for another side camp.
Construction on the two camps began at the end of June under the supervision of L.P. Broussard who acquired materials and workers, free of charge, to erect the facilities. The completion date was 16 September 1944, with occupation to occur on the 23rd and 30th of the same month. By 2 October 1944, two hundred POWs were housed at the Kaplan camp. The following October a total of 289 POWs occupied the Kaplan camp.
The Kaplan camp was located east of what is now known as Abshire Addition, bordered on the east by Highway 35, on the south by Bert Street, and on the west by Dick Street. At that time, the camp was bordered on the north by the AVRI canal. The camp included a watchtower and a barbed-wire fence surrounding the entire facility.
Every morning, the prisoners marched to Cushing Avenue where the farmers would select their workers for the day. Young women were not allowed out of their homes at that time. The women were allowed to serve the men their meals at the various work sites. Other prisoners were loaded into rice trucks and brought to work at the mills and warehouses.
When the prisoners were not working, they entertained themselves with education classes and listened to music from phonographs or homemade radios. A few were artists and painted pictures; others whittled statues and other objects from bits of wood. Many of the prisoners were Catholics and were allowed to worship. Some shared their rations with the curious local children, probably remembering the children and loved ones back home. At the end of the War, some prisoners decided to remain in Louisiana and sent for their loved ones to join them. Mr. Bornmann was one who remained in Kaplan and married Elizabeth Rome from Kaplan. (Their son Robert James was born in 1944.)

Each morning, the prisoners marched to Cushing Avenue where the farmers selected their workers for the day. The other POWs were sent to the mills. The town’s young women were instructed to remain inside until the prisoners were taken off the streets.
Ella Mae LeLeux LaBry recalls the men being transported by rice truck to work each day from Kaplan Rice Mill. At that time, Ella Mae was a bookkeeper at Kaplan State Bank. Her friend, Lillian Landry (Mrs. J.C. Morgan), daughter of Randolph Landry, was an employee of the mill. When extra clerical workers were needed at the bank, C.J. ‘Charlie’ Montgomery sent Lillian to assist the bookkeepers. As Ella Mae and Lillian worked, they often exchanged news and stories. A favorite story for the two of them to share concerned the POWs at the Kaplan side camp:
Robert Clifton ‘Cliff’ Gaspard was the manager of the Kaplan Rice Mill during World War II. Cliff was responsible for transporting the prisoners to the mill each morning and returning them to the camp at the end of the workday. One day, Cliff left the mill early without arranging for a substitute driver for the POWs. At the end of the day, the other employees went home and Lillian discovered she was alone with the prisoners. She knew the only thing to do was to drive them back to the camp. She managed to communicate her instructions to the men; they piled into the rice truck and she headed across town to the camp.
Arriving at the prison gates, the prisoners tried to rush out from the back of the truck and Lillian was shocked at what happened next. The guards immediately drew their weapons and began shouting at Lillian, demanding she leave the area. Guns were aimed at her and loud, angry commands continued until she managed to put the old truck in gear and leave the property. She was never given an opportunity to explain the circumstances that led to her returning the POWs to the camp. She always said the guards were more difficult to handle than the prisoners.
One prisoner became infatuated with Lillian and showed his affection in the letters and poetry he wrote to her. To Lillian’s disappointment, she could not understand the German language. She brought the writings to Reverend Odilon Brise to be translated. Ella Mae will never forget a translated phrase from one of the poems. The young poet described Lillian’s eyes to be ‘like limpid pools of water’.
Other groups of prisoners were put to work cutting rice and working the fields near Kaplan. One group worked land south of Kaplan owned by Russel ‘Russ’ Greene. (Russ was the brother of petitioners George M. and Samuel Greene.) At the age of eight, Horace Hargrave was sent to help Russ around the farm. During the war, Horace’s duties included transporting drinking water to the POWs in the field. He carried to the men four jugs of water on his horse, two in the front and two in the back.

Twice a week, Russ sent Horace to the camp to collect the food scraps. Horace brought the scraps back to the Greene farm to use as feed for the animals. During one of these errands, on a hot summer day, Horace arrived at the camp to find Chief of Police John E. Fletcher there. Horace was not wearing a shirt and the Chief asked him, “Where’s your shirt?” Horace lied to him and said he left the shirt in the truck. To Horace’s surprise, the Chief searched the truck. Not finding a shirt, the Chief reprimanded Horace. The boy lied again, saying someone must have stolen the shirt. The Chief said, “You must wear a shirt when you are in MY town. Don’t let me catch you without a shirt.”
The POW camp closed after the war and a dance hall (Club Plaza) was constructed on the site. Many years later Tom Baudoin purchased the lot at 319 Dick Street in Abshire Addition, where he discovered debris from the POW camp on the lot and in the neighboring field. The site for his home was formerly the Club Plaza parking lot.