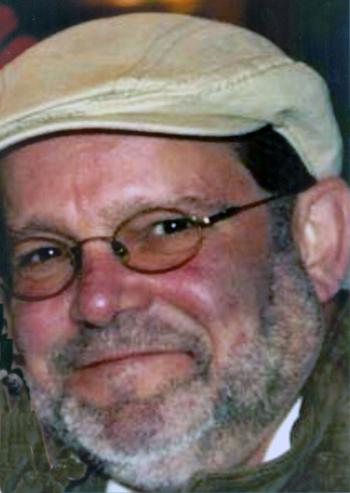 ABBEVILLE — Memorial services will be held Friday, March 4, 2016 at a 9:30 a.m. a Mass of Christian Burial at St. Mary Magdalen Catholic Church honoring the life of John Anthony "Johnny Bee" Broussard, 54, who died Sunday, February 28, 2016 at his residence.
Reverend Louis Richard will officiate the service.
"Johnny Bee" was an employee at Halliburton for 20 years. He was truly one of a kind. He had a true love for life, his family, and the outdoors. It wasn't often when he did not have a smile on his face. His true passion was cooking. He was a very kind and loving person and would give the shirt off of his back to anyone in need. He will be missed dearly by all who knew him.
He is survived by his wife, Darle "Dee" Simon Broussard; mother, Beverly Frederick Carloss; son, Timothy Frederick and his wife Mary; daughters, Nalee McPherson and Ashlee Malcombe; grandchildren, Rylan Frederick, Brycen Frederick, Hunter Malcombe, Ramyiah Malcombe, Kiyah Malcombe, Izeighya Malcombe, Ayanna McPherson and Aderes McPherson; sisters, Angie Broussard Pearson and her husband Jim, Tammy Broussard Choate and her husband Kenneth, Julie Broussard Broussard and her husband Scott, Jill Carloss Romero and her husband Russ, Leslie Carloss Arceneaux and her husband Chris, Leah Carloss Clifford and her husband Clint, Michon Carloss, Claire Carloss Sellers and her husband Kris, and Laura Carloss Guidry; brothers, Matthew Carloss, Michael Carloss and his wife Julie, Neil Carloss, Kevin Carloss and his wife Laura, Christopher Carloss, Patrick Carloss and his wife Missy, and Paul Carloss; his godchildren, Shannon Choate Boitnott and Samuel Paul Lopez; many nieces and nephews; and countless friends.
He was preceded in death by his father, John Lester "Pep" Broussard; brother, Michael Shane Broussard; step-father, Dr. Frank Carloss; maternal grandparents, Isaac and Ella Ledet Frederick, and paternal grandparents, Will and Ena Vincent Broussard.
The family requests that visiting hours be observed at Vincent Funeral Home - Abbeville, 209 S. St. Charles Street, on Thursday, March 3, 2016 from 5:00 p.m. until 9:00 p.m. with a rosary to be prayed at 7:00 p.m.; Friday, March 4, 2016 from 8:00 a.m. until when the procession will depart for the church.
His family would like to thank the caring nurses at Hospice of Acadiana, his friends and neighbors, Robert and Christine Myers for their unwavering love and support and Matthew Carloss for the special love and care he gave his last two months of life.
Condolences may be sent to the family at www.vincentfuneralhome.net.
All funeral arrangements are being conducted by Vincent Funeral Home of Abbeville (337) 893-4661.