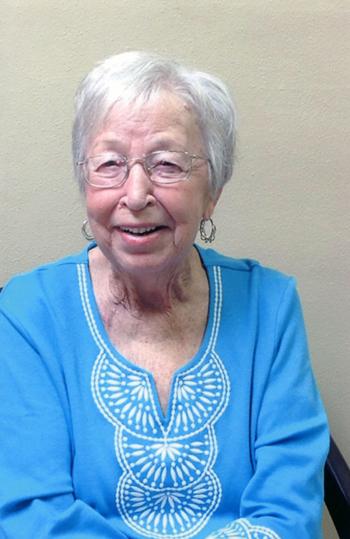 ABBEVILLE — Funeral Services for Mrs. Betty Nunez Fuller, 75, will be held at 4:00PM, on Friday,
January 20, 2017 at the Abbeville United Methodist Church with Dr. Mollie McGee officiating.
Visitation will be held at David Funeral Home of Abbeville on Thursday, January 19, 2017 from 4:00PM until 8:00PM and will resume on Friday, January 20, 2017 from 11:00AM until the time of service.
Betty, a native and resident of Abbeville, passed away at 3:50PM on Tuesday, January 17, 2017 at St. Joseph Hospice of Acadiana. She was a member of Abbeville United Methodist Church. Betty was knighted as a Chevalier in Abbeville’s Confrerie (The Giant Omelette Celebration), a member of Abbeville Women’s Club, a tour guide for the City of Abbeville, and a member of the New Iberia Chapter Of The Daughters of American Revolution “DAR”. Betty enjoyed her bridge games and lunch with friends and classmates. She was a loving and devoted wife, mother and grandmother.
She is survived by her daughter, Alison Fuller Carter of Abbeville; brother Owen John Nunez and his wife Norma of Spring, Texas; grandchildren, Madison Victoria and Mackenzie Lynn Carter; brother-in-law Douglas E. Fuller of Jackson, Mississippi.
Betty was preceded in death by her husband J. William “Bill” Fuller; daughter Victoria Lynn Fuller; parents Joseph Murphy and Olite Perry Nunez; brother Joseph Douglas “Shoo Shoo” Nunez; and sisters, Gladys Nunez Pleasant and Agatha “Sis” Nunez Stoffer.
In lieu of flowers donations may be made to The American Cancer Society, P. O. Box 22478, Oklahoma City, OK 73123 or by phone 1-800-227-2345.
Condolences may be made to the family at www.davidfuneralhome.org
David Funeral Home of Abbeville, 2600 Charity Street, (337) 893-3777 is in charge of arrangements.