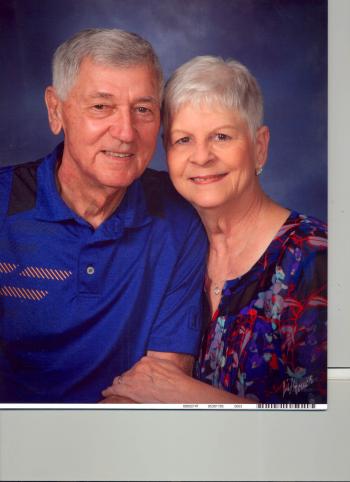 Harry and Earlene Mire will be celebrating their 25th wedding anniversary on Wednesday, August 10 of this year.
Harry is a native of Kaplan and Earlene was born and raised in New Orleans, La.
They met on Christmas day in 1990 through the providence of God in Birmingham, Alabama, when Harry and his son, Phillip, stopped at a Waffle House in the area. They were giving their order to the employee, and in conversation, Harry mentioned that he was from Louisiana. The waitress told him they had a waitress who was from Louisiana. He said, “Oh yeah, well I might take her back home!”
The two were introduced to each other and got to know each other over the next several months through letters and telephone calls.
Meanwhile, in March of 1991, Earlene was promoted to manage of the Waffle House.
Meanwhile, in March of 1991, Earlene was promoted to manager of the Waffle House in Hattiesburg, MS. Of course, this moved them 230 miles closer to each other.
After some long distance dates, they made the decision to get married. Thus, leading to their 25 years together as husband and wife.
Harry has two children, Phillip Harry Mire and Faye Mire Lovrinic.
Earlene has two children, Jeffery Lee Hildreth and Craig Lawrence Hildreth.