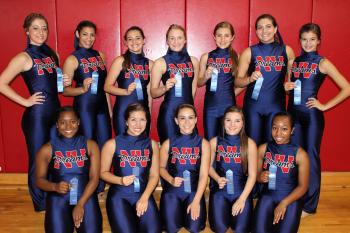 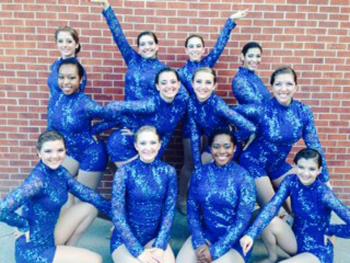 Each squad in attendance was asked to prepare and perform a competition routine for the UDA staff to critique.

The NV Dreams placed third in large varsity for their Home Routine “Release Me” and received an overall superior in the critique. A Superior Trophy was awarded to the squad due to their accumulated points from earned blue ribbons in the 36 individual routines and spirit performances every night.

These five veteran dancers have the opportunity to travel to London and perform with the Universal Dance Association staff.

With great honor, Senior Simone Pillette received a “Pin It Forward” award for her helpfulness and friendship to several other squads.

The NV Dreams Dancers learned to work together as a team through goal setting activities which will lead them through their season.

They would like to thank their parents, school, Madison Soley, Taylor Duhon, and Mya Cawyer (managers), and coaches – Vangie Davidson, Shamayne Istre, and Michelle Noel -for their support.