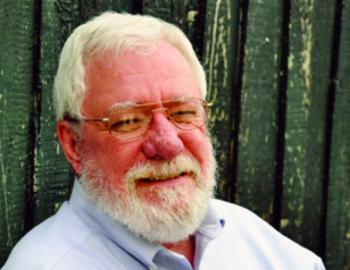 When the first Acadians began to settle along the Mississippi River above New Orleans, they were met by a band of Germans who’d been there for at least three generations. In fact, had the Germans not been there first, there may not have been a Louisiana colony for the Acadians to come to.
When the infamous speculator John Law decided he’d try to make a go of the failing Louisiana colony in 1717, he promised the French crown that he would bring 6,000 Europeans and 3,000 African slaves to establish agriculture here once and for all. The first settlers from France had proven themselves totally uninterested in growing anything (they thought they’d find gold and silver as the Spaniards had in Central and South America), and those that tried it were totally inept. When they didn’t find immediate riches, the colonists sent back such terrible reports that the jails and the poorhouses were about the only places Law could find Frenchmen for Louisiana — and they housed unlikely farmers.
So he decided to recruit other folks to till Louisiana’s soil — even if he had to lie a little bit to do so. He sent brochures to Germany and Switzerland advertising Louisiana’s advantages. One of the pamphlets he printed in 1720 in German still exists. It says that Louisiana soil is “extremely pleasant,” and that four crops a year can be harvested here. He promises abundant game, including leopards, bears, buffalo, deer, swarms of “Indian hens,” snipe, turtle doves, partridges, wood pigeons, quail, beaver, marten, wild cats (which, I suppose, are different from leopards), parrots, buzzards, and ducks.
But the main thing, he said, is that Louisiana was “filled with gold, silver, copper, and lead mines.” Why, Law said, “If one wishes to hunt for mines, he need only go into the country of the Natchitoches.” There, one could “draw pieces of silver ... out of the earth.” Then, when the mining’s done, there would be time to open a pharmacy stocked for miracle cures.
“We will hunt for herbs and plants for the apothecaries,” he promised. “The savages will make them known to us. Soon we shall find healing remedies for the most dangerous wounds. Yes, also, so they say, infallible ones for the fruits of love,” as venereal disease was then so nicely named.
Advertising pays. Thousands of people flocked to the west coast of France to await passage to this land of milk and honey. Some historians say that as many as 10,000 wanted to come. But there weren’t enough ships to carry them all. Many of them died in epidemics that ran through the French ports as they waited. Half of those who sailed died during the voyage or shortly upon finding land.
After attempts to set up a settlement at several other places, where there was neither milk, honey, nor gold, the German survivors were finally settled on the Mississippi River about 25 miles above New Orleans in what is now St. Charles and St. John the Baptist parishes. The region became known as La Côte des Allemands, the German Coast.
These families intermarried with the French colonials and later with the Acadians and gradually became more French than German, even in name. Jean George Huber, for example, is the progenitor of folks we call Oubre. Caspar Dubs was the father of the Toups family of Louisiana. Kember became Cambre, Butchwaltr became Boucvault, Wagnesbach became Waguespack, Trischl became Triche, Lesch turned into Laiche, today’s Himmels are Hymels, and Mayer became Mayeux.
It’s anybody’s guess how another German name was originally spelled. Over the years it’s been written Sechnedre, Seckjedre, Sechenedre, Seckneidre, Chesnaeldre, Chisnaildre, Chjecnaitre, Chetaildre, Chitaildre, Chisnailder, Chexnaitre, Sichnaidre, Seixnaydre, Seckgeneidre, Sexchnaildre, Scheckschneide, Sickneydeder, Sexchjeneider, Sexneyder, Schexnardre, Schexnaildrer, Schexnaildre, Seckjehneidre, Schexnider, Schexneider, and Schexnayder.
A collection of Jim Bradshaw’s columns, Cajuns and Other Characters, is now available from Pelican Publishing. You can contact him at jimbradshaw4321@gmail.com or P.O. Box 1121, Washington LA 70589.