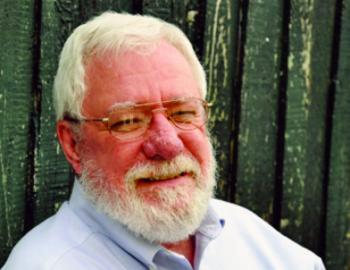 It wasn’t just a lyric when Beyoncé sang “I’m a Creole girl” during the halftime of Super Bowl 50. Her family roots are in south Louisiana.
Her Super Bowl performance came with the political backdrop of “Black Lives Matter,” a theme she took up before it became a popular slogan. She also calls herself a “modern feminist” and has been a vocal supporter of the idea that women’s lives matter.
Not everyone likes her politics, but millions of people love her music. She is one of the best-selling singers of all time. During a career spanning nearly 20 years, she’s sold nearly 120 million records as a solo artist and another 60 million with the R&B group Destiny’s Child. She’s won 20 Grammy Awards and has been nominated for that award more often than any other woman. Time magazine listed her among the 100 most influential people in the world in 2013 and 2014. Forbes named her as the most powerful female musician of 2015.
Beyoncé Giselle Knowles-Carter was born in Houston in 1981 and raised there. She performed in various singing and dancing competitions as a child, and rose to fame in the late 1990s as lead singer of Destiny’s Child, one of the world’s best-selling girl groups of all time.
Her mother is the fashion designer Celestine Ann “Tina” Boyancé-Lawson, known for her House of Deréon and Miss Tina by Tina Knowles brands. Beyoncé’s sister, Solange, is also a recording artist of note. (Some sources spell the family name Beyincé.)
Tina is the daughter of Agnès Dereon of New Iberia and Lumis Albert Boyancé, an Abbeville native. Tina claims an African, Native American, and French lineage, including links to the legendary Acadian leader Joseph “Beausoleil” Brossard. According to one genealogical web posting, the family descends from Alexandre Boyancé and Eliza Broussard, both of whom were born into slavery—he in Vermilion Parish and she in Iberia Parish.
According to several sources, Agnès Dereon was the inspiration for Tina’s House of Deréon fashions. She was born in 1909 in the Delcambre-New Iberia area, the daughter of sugar planter Eugène DeRouen and Odilia Broussard, a woman listed as of mixed race in federal census records
According to information posted by genealogist Harrison Latour, Agnès was a self-taught seamstress who was noted for “pieces that stood out by decorating the fabrics she used with such embellishments as embroidery . . . [and] incorporating materials such as lace, beads, and jeweled buttons”. . . that made her style “unique and her own.”
After Agnes married Lumas Boyancé (son of Alexandre Boyancé and Marie Olivier), the couple moved to Galveston.
In 2013, just before Beyoncé’s appearance in that year’s Super Bowl, her cousin Willie Mae Broussard, told a New Iberia reporter that she remembered meeting Beyoncé for the first time at a family reunion in 1992.
Broussard said Beyoncé was only 11 years old at the time, but when she performed for the family, it was evident that she was a star in the making.
“I knew she had talent,” Broussard said. “I knew she was going somewhere in life.”
You can contact Jim Bradshaw at jimbradshaw4321@gmail.com or P.O. Box 1121, Washington LA 70589.