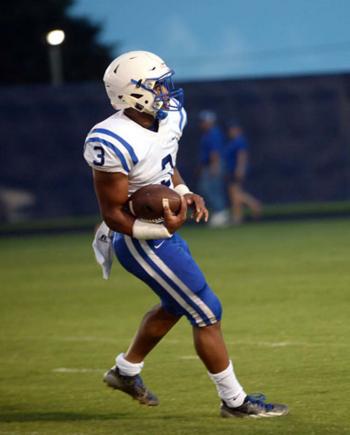 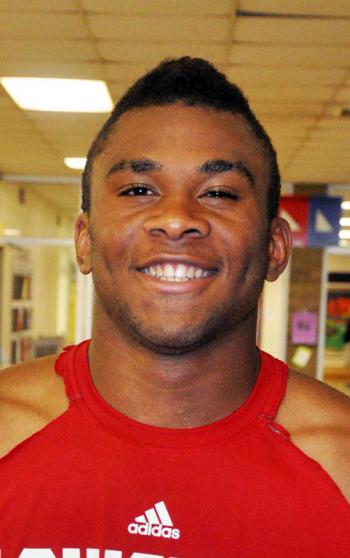 When you think of a combination of power and speed, you think of Erath High’s Elijah Mitchell.
Mitchell, who was voted the Class 3A Player of the Year by the Louisiana Sports Writers, had some impressive numbers in 2016. They were so impressive that he led the state in rushing at the end of the regular season with 2,358 yards and 38 touchdowns on 227 carries.
The 6-foot, 215-pound senior also rushed for over 200 yards in both of Erath’s playoff games and is committed to Louisiana-Lafayette.
Mitchell is the first Erath football player to be selected as a first team all-state running back. The last Erath football players selected first team all-state were Derrick Fourroux (Quarterback) and Matt Domingue (Wide Receiver) in 2004.
Also landing on the Class 3A All-State Team from Vermilion were Kaplan’s Jerrick Romero (5-9, 240, Sr.) as an offensive lineman and Kaplan’s Julius Johnson (5-10, 193, Sr.) at linebacker.
The team that handed the Kaplan Pirates (13-1) its only loss of 2016 were the Amite Warriors, who reached the Class 3A finals.
Amite High coach Zephaniah Powell didn’t get the finish he was looking for in the Mercedes-Benz Superdome. Powell narrowly missed his first state title.
The Warriors lost 40-36 to back-to-back champion Lutcher 40-36 in the title game. However, Amite’s second-year coach earned his first Coach of the Year award from the Louisiana Sports Writers Association.
Powell, Erath running back Elijah Mitchell and De La Salle linebacker Josh Paul lead the LSWA’s Class 3A All-State football team selected by a panel of sportswriters from across the state.
Amite’s Powell guided the Warriors through trying times to reach the Class 3A title game. The Amite area was hit hard by the historic floods in August just before the start of the 2016 season but the Warriors still finished with an 11-4 record, which includes a Week 1 forfeit stemming from LHSAA sanctions in 2015.
Amite was forced to forfeit its semifinal appearance in 2015 due to a brawl in the quarterfinals but Powell and the seventh-seeded Warriors responded this year with quarterfinal and semifinal wins over the No. 2 and 3 seeds on the road.
De La Salle’s Paul was voted the Outstanding Defensive Player after helping the Cavaliers to an 11-1 record and an appearance in the Division II semifinals. Paul finished the season with 74 tackles including nine for loss, one blocked punt, and two interceptions with two forced fumbles while recovering one fumble for a touchdown.
Lutcher’s Jontre Kirklin defended his spot at quarterback on the Class 3A. Kirklin accounted for 493 yards with four touchdowns in Lutcher’s win over Amite in the title game and 233 of those yards came on 30 carries.
Kirklin was joined on offense by teammate Al’Dontre Davis, Amite’s DeVonta Smith and Berwick’s Kenan Jones at the receiver positions. West Feliciana’s Davon Harris and Jennings’ Travis Etienne, the LSWA’s 2015 Outstanding Offensive Player who rushed for over 2,000 yards for the second straight season, were the other running backs. Harris led West Feliciana to the 3A semifinals.
Along the offensive line, Class 3A’s top five players included Marksville’s Nehemayeaux Smith, Kaplan’s Jerrick Romero, West Feliciana’s Jacob Fudge, University High’s Prince Pines and Parkview Baptist’s Will Teague.
St. Louis’ Adam Ieyoub is the Class 3A kicker and De La Salle’s Julien Gums was voted as the athlete.
On defense, lineman include returning All-Stater Ishmael Sopsher of Amite, Marksville’s Shawn Williams, De La Salle’s Jamiran James and Iowa’s Mark Mayes. In addition to Paul at linebacker, the position was also occupied by Kaplan’s Julius Johnson, Lutcher’s Rashaun Preston and Parkview Baptist’s Xavier Davis.
In the secondary, selections included Iowa’s Darius Daniels, Lutcher’s Dylan Recotta, Parkview Baptist’s Trent Kavanaugh and Marksville’s Qway Mingo. Winnfield’s Shelby Creel is the Class 3A punter and Iowa’s Andre Sam is the kick returner.