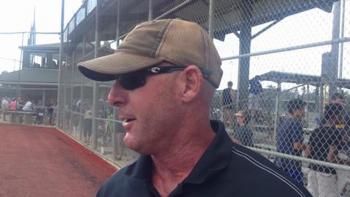 Honorable mentions on the boy’s team were Connor Dupuy, Taylor Abshire and Ryan Meaux, all from North Vermilion. Representing Erath were Ross Granger and Jesse Jordan. The lone Honorable mention from the softball team was Lindsey Schexnailder from Kaplan.

Earning coch of the year for the softball squad was Kaplan’s Shay Herpin. Herpin guided Kaplan to a District 8-3A championship, a No. 3 seed in the playoffs and also advanced to the state finals.

Herpin’s team finished 24-5 following a 4-1 run through the playoffs in which the Kaplan Lady Pirates beat several ranked teams before falling to No. 1 John Curtis by just one run, 4-3 in the finals.