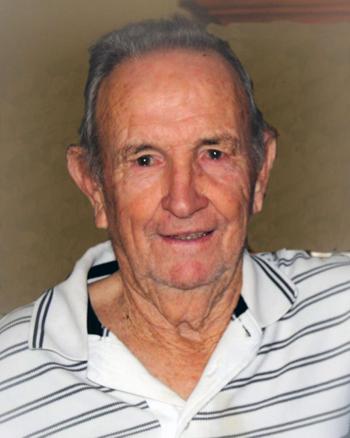 ABBEVILLE — Funeral services will be held at 1:00 p.m. Tuesday, July 26, 2016 at New Life Church honoring the life of Robert Castro, 86, who died Sunday, July 24, 2016 at his residence.
He will be laid to rest at Abshire Cemetery with Reverend Lane Payne officiating the services. Pallbearers will be Robert Castro, Troy Castro, Jason Castro, Eric Castro, Lance Castro and Caleb Castro. Honorary pallbearers will be his two sons-in-law and his grandsons.
Daddy and Grandpa as he was known was the best father and grandfather anyone could ask for. Our dad was an avid outdoorsman. He loved fishing, hunting, and farming but his main priority was to provide for his family, which he continued to do throughout his life. The love he had for his children and grandchildren was undeniable. He was not only our dad and grandpa he was our hero.
He is survived by his sons, Robert G. Castro and his wife Kathy, Troy A. Castro, Jason S. Castro, Eric J. Castro and his wife Amber and Lance J. Castro and his wife Pam; daughters, Tammy Palma and her husband Carlos, Sherri L. Castro and Lisa Chauvin and her husband Edwin; brother-in-law and sister-n-law, Bobby and Dot Breaux; sister-in-law Betty Frederick; brother-in-law and sister-in-law, Purvis and Joyce Guidry; grandchildren, Lindsey Palma, Thaddeus Palma, Jerry Palma and his wife Haley, Kandice Bergeron and her husband Thaddius, Zachary Chauvin, Kimberly Chauvin, Chad Chauvin and his wife Kristen, Shauna Richard and her husband Cedric, Roman Castro, Brian Miller and his wife Jayme, Kadie Castro, Sydney Castro, Caleb Castro, Mallory Castro, Caroline Castro, Cameron Castro, Payton Castro, Madeline Castro, Ethan Castro and Bennett Castro; and nine great grandchildren.
He was preceded in death by his wife, Jeannette Guidry Castro; parents, Albert Castro and the former Arsene Simon; brothers, Sidney Castro and Harry Castro; and sisters, Rosella Frederick, Euna Frederick, Lillian Gaspard, Anna Mae Landry, Edna Gaspard and Louella Baudoin.
The family requests that visiting hours be observed at New Life Church, 1109 N. John Hardy Dr., on Monday, July 25, 2016 from 10:00 a.m. until 9:00 pm; Tuesday July 26, 2016 from 8:00 a.m. until time of services.
The family of the late Robert Castro wish to express their deep appreciation to Nursing Specialties who have offered such kindness and support in their time of bereavement.
Condolences may be sent to the family at www.vincentfuneralhome.net.
All funeral arrangements are being conducted by Vincent Funeral Home of Abbeville (337) 893-4661.