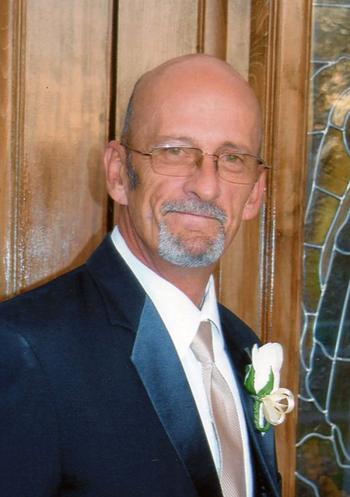 ERATH — A Mass of Christian Burial for Mr. Mark “Slim” Norris Sr., 56,  will be held at 3PM on Friday November 20, 2015 at Our Lady of Lourdes Catholic Church with Father Bill Melancon officiating. Interment will follow at Our Lady of Lourdes Cemetery in Erath.
Visitation will be at David Funeral Home of Erath on Friday, November 20, 2015  from 8AM until time of services.
Slim, a native and resident of Erath passed away Monday November 16, 2015 at his residence surrounded by friends and family. Mark was a wonderful father and husband who never met a stranger. He loved to ride his  “Bobcat Blue” Harley all around Erath.  He made the most beautiful gardens and he was a person you could never forget. During his early years, he worked as a crane operator for Dual Drilling and then later as a truck driver for Vermillion Shell in Abbeville.   Slim retired early due to health problems.  Rest in Peace, your day is done till we see you again.  Know you were loved and will be missed by all who knew you.  “Ride Free”
He is survived by his wife of 21 years Donna V. Norris; his mother Wanda Landry Norris; four children  Ashley N. Broussard and her husband Jarrod, Mark Norris Jr. and his wife Claire, Anthony Vidallier, and the love of his life and the reason he got up in the morning, his two year old daughter Madison Norris and the little man his grandson “KK” Kaden all of Erath.  Three brothers and two sisters; Stanley “Boogie” Norris and his wife Linda, Stephanie N. Bigot and her husband Richard Sr. Allen Norris and his wife Leurline “ Sis”, Roland Norris and his wife Abbie all of Abbeville, Cindy N. LeBeouf and her husband Harvey of Kaplan. He is also survived by nieces; which he had good times with;  Dawn , Angelle’, Janise’ and Jamie. His nephews that enjoyed his “love of life” Richard Jr, Kevin, Jonathon, Brinnon, Blake, and Harvey Jr.  Mark had many cousins but he had some that were like “brothers” and best friends all from Erath.
He was preceded in death by his father Junius “Slim” Norris, his paternal grandparents Avnell and Angella Arceneaux Norris his maternal grandparents Cleo Sr. and Elise Shexnayder Landry, two cousins Nicholas “Nicky” Landry and Dwight Richard, a great nephew Keb Townley.
Serving as his pallbearers will be Mark Norris Jr., Anthony Vidallier, Jonathan Norris, Kevin Bigot, Harvey LeBeouf Jr., P.J. Townley.
Serving as his honorary pallbearers will be Janise Townley, Jamie Norris, and Chance Landry.
Condolences may be made to the Family at www.davidfuneralhome.org
David Funeral Home of Erath at 209 E. Putnam St. (337) 937-0405 will be handling the arrangements.