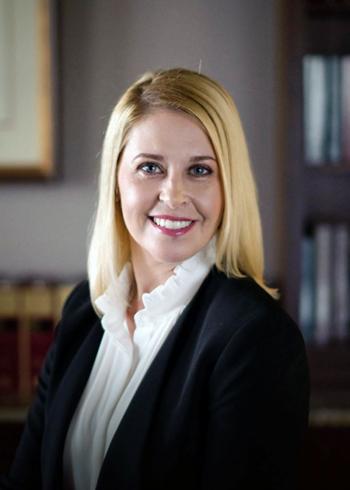 Candyce Perret has announced she is a candidate for the 3rd Circuit Court of Appeal.
The seat is being vacated by Judge Jimmy Genovese, who was elected to the Louisiana Supreme Court. A special election has been called for March 25. The district covers Acadia, Allen, Evangeline, Iberia, Lafayette, St. Landry, St. Martin and Vermilion parishes
The following is from her announcement.
Perret, 46, a Republican, is a native of Marksville, where she was valedictorian at Marksville High School. Her father worked at Angola, and her mother was an English teacher.
Perret has practiced law for more than 20 years. She has served as city prosecutor for Marksville, and as city attorney for Arnaudville, Leonville, Krotz Springs and Port Barre.
She served as senior law clerk for the 4th Circuit Court of Appeal.
Perret serves as general counsel and co-owner of The Perret Group, LLC, a business working in real estate, health care, and oil and gas.
She and her husband, Hunter, live in Lafayette and have three children.
Perret is a volunteer and patron of Miles Perret Cancer Services, serves on the executive committee and board of One Acadiana, Campaign Leadership Committee of Our Lady of Wisdom Catholic Church, was president of the Avoyelles Parish Bar Association and is active in the Lafayette Parish Bar Association. She volunteers at St. Mary Catholic Church, with The Order of Malta, and is a member of the Kiwanis Club and League of Women Voters of Louisiana.