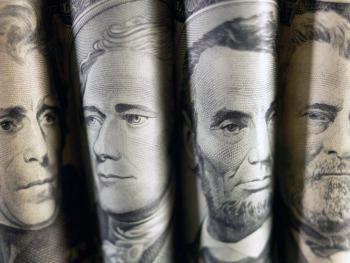 Based on the September sales tax report, hotels and motels were still busy that month in Vermilion Parish because of the historic flood.
The Vermilion Parish Tourist Commission generates its funds from money collected from hotels and motels in the parish. The more people that stay in motels and hotels, the more money that is generated for the tourist commission.
For the second month in a row, the tourist commission has seen an increase in sales tax collection by as much as 100 percent.
Because of the historical flood in the middle of August, parish residents were living in hotels and motels throughout September.
The tourist commission collected $8,000 in September, which is $4,000 more than it normally does.
Because of the reconstruction of homes and businesses caused by the flood, the city of Abbeville actually had a jump in sales tax collection by $20,000 or 5 percent. The city collected $316,000.
While the tourist commission and the city of Abbeville had an increase in sales tax, other municipalities had a decline.
The school board, police jury and sheriff’s office had a decline of five percent.
The town of Gueydan had a big drop of 44 percent. The town collected $16,000 or about $8,000 less than a year ago.
Kaplan collected $56,000 or about $3,000 less than a year ago.
Erath collected $25,000, which was $3,000 less than a year ago.
Delcambre collected $17,200, which is about the same as last year.
The Kaplan Hospital Service District 1 saw a drop of $28,000 from a year ago. The district collected $100,000 in September.
Due to the reconstruction from the flood, the Abbeville Hospital District 2 had a increase of $3,000. The district collected $260,000 in September.