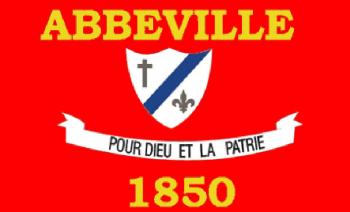 “Buy land, they’re not making it anymore.”
The City of Abbeville took Mark Twain’s famous advice this week when it agreed to purchase 14 acres of land located off John Hardy Drive. The property is located to the north and west of to the city land that holds the retention pond.
The city is purchasing the land from the estate of the late Dave deGraauw. The price tag is $89,500. The property sold for lower than the appraised value.
Mayor Mark Piazza said the funds being utilized for this purchase are coming from the sale of city property near the Chris Crusta Memorial Airport. The city sold that property for $183,000 to Technical Industries two years ago.
“This is an investment,” Piazza said. “It’s right next to property that we already own. There are several options on what can be done with the property.
“That is something that we can look forward to in the future.”
Councilman Brady Broussard Jr., District C, said he fully agrees.
“It is a good price,” Broussard said. “It’s a good value for our city and our citizens. It gives us a lot of options.
“It makes a lot of sense.”
In the past, Councilman-at-Large Francis Plaisance has brought up that he would like to see a recreational area created around the property near the retention pond. This new acquisition is a bonus to that idea, he said.
“It is an ideal place for a recreational area,” Plaisance said during the meeting. “I think it is something to be excited about. It would be a tremendous asset we could utilize for events.”
Along that line, Plaisance, who serves as president of the Louisiana Cattle Festival Association, said the festival is likely to relocate to the new city property. The event has long been held, each October, in downtown Abbeville.
Plaisance said Friday morning that he has discussed with the Cattle Festival board the possibility of moving the event this year.
“That’s what our goal is,” Plaisance said. “It would lose the downtown flavor, but there are plenty of benefits. We will be able to gate it and have better entertainment, an earlier fair and several other things.
“I would hope that we can move it, provided that everything is in place.”