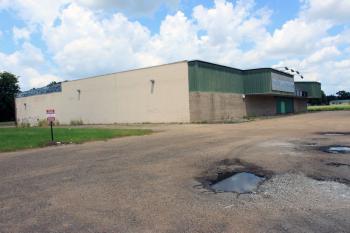 Abbeville Councilman-at-Large Francis Plaisance has voiced his displeasure during several council meetings in recent years with the vacant Schwegmann building on the La. 14 Bypass.
“It’s an eyesore,” Plaisance has stated repeatedly.
After a meeting last Friday between city officials and representatives of the building’s owners, the most positive steps in having the building occupied appear ready to be taken. Abbeville Mayor Mark Piazza, Councilman Louis Joe Hardy, whose District A includes the area, and Plaisance attended the meeting.
“I am pleased with the results of the meeting,” said Plaisance. “However, I look forward to getting some kind of follow up.
“I am hoping that it’s not just a meeting and that there will be no further efforts to produce some results.”
Piazza said he left the meeting feeling better about the property’s future.
“It went very well,” Piazza said. “They did offer apologies for the situation.”
The mayor received a follow-up email from Dale Baringer, an attorney from Baton Rouge who handles the trust that owns the building.
“He promised to aggressively pursue potential tenants,” Piazza said.
The city is helping in that regard.
“We gave him the names of four (companies) that have contacted us in the past,” Piazza said. “There have been some that have shown interest in the property.
“He (Baringer) said he would follow up on those.”
Baringer also informed the city that work will begin soon to bring the property up to a proper level.
“They said they will start immediately on sprucing up the building,” Piazza said. “They are going to paint it and make repairs. They are going to try to get it to a condition that it will be leasable.”
Repairs will also be made to the parking lot and the entry roadway from Highway 82 that runs behind McDonald’s.
“They are going to upgrade everything,” Piazza said.
For the several years the property has been empty, the building, regardless of condition, has not been in a position to be filled, something city officials learned during Friday’s meeting.
“They provided really legitimate reasons on why the property has sat idle for so many years,” Piazza said. “We didn’t know this, but that property has remained tied up in bankruptcy for many years. The lawyer told us a really nightmarish story about how that building has been in litigation after litigation. It’s been tied up to where it couldn’t be leased.
“We got a better understanding of why it has not been marketed more aggressively.”
Should something move on the property in the future, it will be a positive for the city.
“It’s a very valuable, huge piece of property,” Piazza said. “They have talked not only about marketing the building, but the property around it.”
Plaisance agreed that it will be great for the city once a business is up and running at that location.
“It can be nothing but a benefit to the city,” Plaisance said. “We’ll see how soon that happens.”
Plaisance guaranteed that he will stay on top of the progress.
“I want to see some results produced at that location,” he said. “I will continue efforts to get a suitor for that building and something that can benefit the city. This meeting is the most positive I have felt since I have been pursuing this. I will be very excited when there is something in that building.
“I’m hopeful and optimistic.”