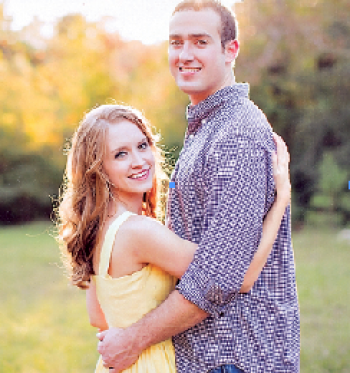 The couple will be united in marriage at seven o’clock in the evening on Saturday, July 26, 2014, at Grace Presbyterian Church in Lafayette.

The bride-elect is the granddaughter of Mr. Isaac Broussard and the late Mrs. Annie Mae Broussard. Her paternal grandparents are the late Mr. Dudley and Mrs. Helen Frederick. Emily is a 2007 graduate of Abbeville High School and a 2011 graduate of Louisiana State University in Baton Rouge with a Bachelor’s Degree in Apparel Merchandising. She is currently pursuing a Master’s Degree in Business Administration at Stephen F. Austin University in Nacogdoches, Texas.

The groom-elect is the grandson of Mrs. Wanda Trout of Lufkin, Texas, and the late Mr. William and Mrs. Barbara Gaston Trout. His paternal grandparents are Mr. Kenneth Corbett of Jasper, Texas, and the late Mrs. Mildred Corbett. He is a 2007 graduate of Hudson High School in Lufkin and a 2012 graduate of Louisiana State University in Baton Rouge with a Bachelor’s Degree in Agricultural Business. He is currently employed as a production supervisor for G.E. Oil and Gas.

Following the wedding, the couple will make their home in Lufkin, Texas.