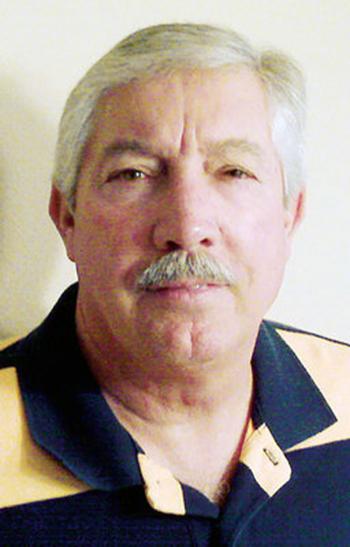 At the fin-de-siècle someone repeatedly tried to derail trains in Southern Pacific’s Lafayette rail yard. Throughout the month of December 1899 trainmen in Lafayette rail yard noticed that someone had deliberately tampered with railroad switch locks.
They also noticed that a number of railroad switches that had been previously lined for main track were now lined for diverging routes. Railroad switches on the LW (Louisiana Western) tracks had also been tampered with.
Railroad employees were notified to be on the lookout for possible misaligned switches. Special Agent Long, a detective for Southern Pacific Railroad, was notified of the incidents. Long began an immediate investigation and quickly decided that the culprit was either a disgruntled employee who had an ax to grind or a former employee that had recently been terminated.
Special Agent Long had an idea who the culprit might be, so he assigned Henry Gianelloni to secretly follow this former employee. Gianelloni had been instructed by Agent Long to take appropriate action if the culprit attempted further acts of vandalism.
Gianelloni had his big break on Friday, January 19, 1900, at 11:00 p.m. when he witnessed an individual approach a railroad switch near the Lafayette “power house.” The unidentified individual broke the switch lock and lined the switch points so that if any train attempted a facing point movement over the switch, it would be diverted into a yard track where a string of railcars stood.
According to Gianelloni, the unidentified man then walked approximately “two acres” to a switch on the Louisiana Western railroad tracks and repeated the act of vandalism. Afterwards the vandal removed and discarded the lit lantern from the switch stand, which displayed a red light used for the express purpose of alerting trainmen by indicating if the switch points were lined for the appropriate track. At that point Gianelloni recognized the previously unidentified man as one Jules Pointboeuf. Gianelloni pulled his pistol and told Pointboeuf to raise his hands, which he did. Pointboeuf was then placed under arrest and taken to the Lafayette police department and turned over to Marshall Peck.
Fortunately, all train and engine movements in Lafayette yard were stopped safely ahead of any misaligned switches. Pointboeuf protested his innocence and insisted that he had not tampered with the switches nor had he ever tried to derail trains or rail cars. Pointboeuf was the same individual that Detective Long had presumed to be the disgruntled former SP employee, who had turned vandal. For unknown reasons Pointboeuf had been demoted and given “an inferior position,” which he held for a time until he quit the railroad.
Pointboeuf began a career as assistant engineer at the Electric Light and Water Works department in Lafayette. At the time Jules Pointboeuf was reported to be about forty years of age and had a wife and five children.
After further research an article in the Lafayette Gazette mentioned Pointboeuf’s upcoming arraignment set for September 1900. There was no other mention of Jules Pointboeuf except an article that appeared six-months prior to his arrest. That article was dated June 5, 1899, and it happened to be when Jules Pointboeuf had applied for the position of assistant engineer at Lafayette’s Electric Light and Water Works department. On the aforementioned date, the Lafayette city council met in regular session and voted to decide who would be the assistant engineer.
The application of Jules Pointboeuf was read and voted on along with another city employee, WD Huff. The result ended in a tie, three votes for Huff and three votes for Pointboeuf. Mayor Campbell cast the deciding vote to break the tie in favor of Pointboeuf.