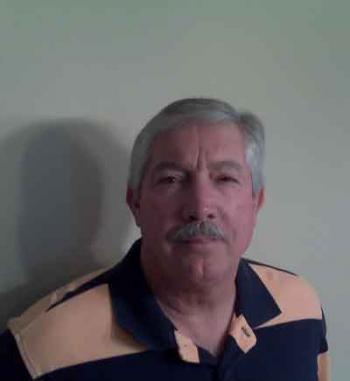 By the time Henry Ford first introduced his Model A in December 1927, Ernest Saltzman of the farming community of Wright in southwest Louisiana near Gueydan, had his newly created frog farm up and running. Saltzman raised frogs on approximately four acres of low land which was securely surrounded by fence or “frog tight” as he described it. According to the 1927 article in The Abbeville Meridional, he had approximately 2,300 frogs and expected to increase that number to around 5,000. He mentioned in the article that it was imperative to keep snakes and choupique out of the frog’s habitat if he were to have a successful business. Despite competing with the snakes and other predators, Saltzman believed that he would do well in his endeavor.
He determined that it was more profitable to sell his bullfrogs during the winter months after breeding occurs, which last from March through October. Male bullfrogs are smaller in size after maturity, which is about one to two years of age, while females mature from two to three years. Mating and egg laying occurs in thick vegetation and in shallow water. A female will lay as many as 20,000 eggs per clutch, which are spread out in thin sheets on top of water and can cover a three-foot square. Tadpoles emerge three to five days after the eggs are laid.
The frog farm was a family business; everyone helped—even the little ones. Ernest and his wife, the former Ellen Primeaux of Cow Island, had eight children—four boys and four girls. The children were: Minos, Newoley, Doles, Helena, Innes, Helen, Eza, and Kerney. Today, they’re just two left: Helen, who I recently spoke with, will be 93-years young in August of 2014. I also spoke with Kerney, who is now 87-years of age. Kerney vaguely remembered his father’s frog business, but Helen remembered it like it was yesterday. When Helen was a young girl, her farther had her lie in the water at the entrance to the aquatic frog’s enclosure in an attempt to prevent the amphibious creatures from escaping. “I hated that job,” says Helen. “But I had to do it to help out in any way I could. I was just a little girl.”
Ernest Saltzman also grew rice at Pine Island, south of Wright on 80 acres of some of the best fertile soil in southwest Louisiana. At the time, he had plans to increase his rice production by several hundred more acres. Saltzman said when he wasn’t working, he used his “power boat” to navigate through waterways that led to the Warren Canal and to lakes further south where he enjoyed some of the best year round hunting and fishing.
Besides raising frogs, growing rice, fishing and hunting, Ernest Saltzman’s true passion was horse racing. According to Helen and Kerney, their father absolutely loved horses and horse racing. “Every Sunday afternoon there was horse racing,” says Helen. She said her oldest brother Minos also loved to raise horses like their father. Back then, there was plenty of what were known as “bush tracks.” Most of the racetracks in Saltzman’s time were usually straightaways of no more than ten to twelve foot wide head-rows that extended from four to ten arpents, which is a French unit of measure. One arpent equals 192 feet. Starting the race was usually done when both riders were ready to proceed, then one would shout, “Ready!” and the other would say, “Go!” Ils sont parti! They’re off!